What to do when a global pandemic collapses your business model? 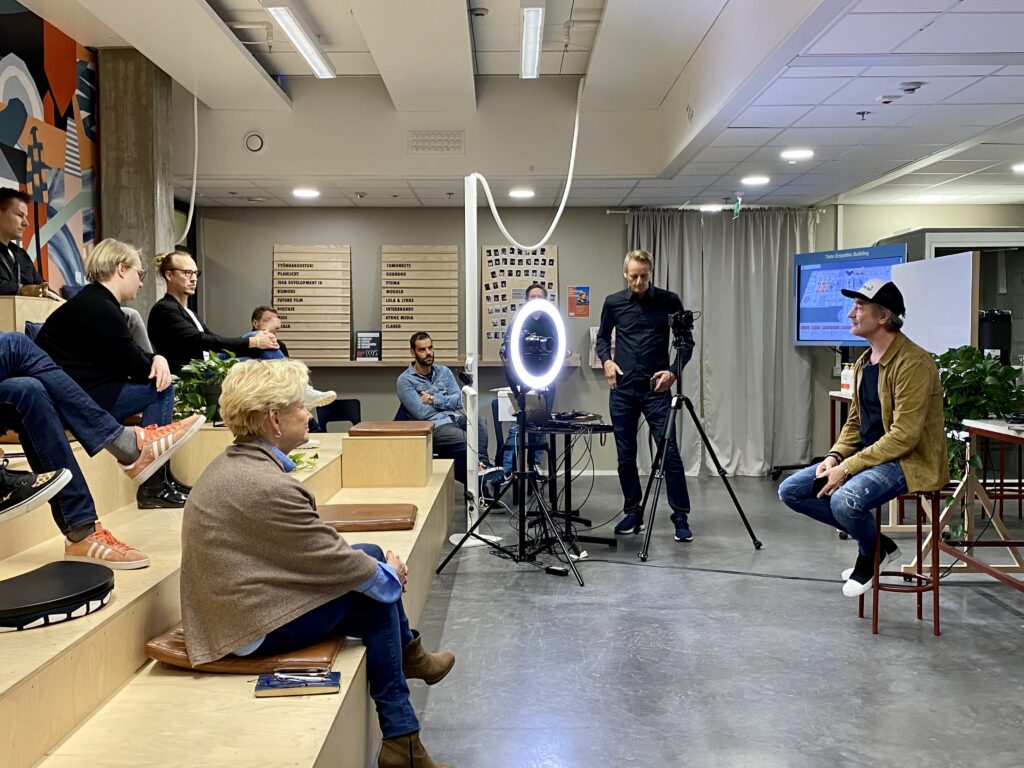 In March 2020, a global pandemic caused by the coronavirus collapsed our world. One of the hardest hit industries has been the restaurant industry, where Kim Heiniö‘s Soupster Family group operates.

Kim Heiniö has been an entrepreneur in the restaurant industry since 1997, when he founded his first restaurant called Soup at the intersection of Mannerheimintie and Lönnrotinkatu. In 2021, Soupster Family consists of nearly 30 restaurants in the Helsinki metropolitan area.

Soupster’s values are caring, constant development and fun. These values were defined about 10 years ago by employees and are still the foundation for daily operations. Caring in particular has become a really important value in the past year.

On March 12, 2020, the government decided on the first restrictions to curb the spread of the coronavirus. This day crippled Heiniö’s entire business. The whole HoReCa industry had already suffered from the effects of the corona in many different ways, but on the 12th of March business totally collapsed in one day. The news reported that buffet tables were one of the worst places for the spreading of the coronavirus, so people stopped visiting restaurants altogether. This, of course, meant that all restaurants had to close immediately. Also, Soupster’s largest unit catering began to receive so many cancellation calls that one person was put to answer them alone. Everything that was possibly booked on the calendar was canceled. Wonderland coworking was the only unit whose customers did not completely disappear.

Within a few days, 96% of net sales were lost, which obviously meant that the sales fell to almost zero. With more than 400 employees and a daily cash expenditure of around € 40,000, the shock was quite severe. The first days went by wondering what has even happened. What do we do? How long will this situation last? Would it be okay to even say that restaurants are safe and try to get customers?

After the initial shock

After somehow overcoming the initial shock, Heiniö called all the key people in the company and asked everyone to come together to think about what to do. All possible scenarios were reviewed from bankruptcy to debt restructuring. The only option was to keep heads cool and accept the fact that if this company goes down, then it goes down and that’s that.

Heiniö wanted to talk to as many employees as possible and ask how they are doing. Many were worried about Heiniö’s coping and said that they would survive this themselves. This eased Heiniö’s concern when he realized that everyone would survive from this one way or another. During the first few weeks, most employees were laid off. Of the 400 employees, 17 remained in employment, all others had to be laid off. While it was uncertain how long the layoffs would last, in the end, the layoffs went surprisingly painlessly. Of course, people certainly had challenges and concerns about the situation, but fortunately most understood the situation.

The most important thing was to stay in touch with people and chat with them as much as possible. Heiniö talked a lot with his good friends, his wife, the Soupster team and other staff. The most important thing was to encourage each other and maintain a good spirit. Heiniö wanted to be really open to his staff and tell honestly what the business really was like. Nothing was hidden or downplayed and it was openly told how far the money was going to last. This was very important because that way everyone knew what was happening.

Heiniö took care of his own sanity by playing sports every day. In the worst of times, sports helped keep him calm and keep his mind sharp. However, it no longer just helped to sit still and wait for corona to pass, but he needed to get to work. It took about a month to turn the state of mind into the fact that now you have to be creative and come up with solutions. Something completely new had to be invented. The world is changing and it will no longer be the same.

Demand for take-away food grew exponentially as everyone wanted to buy takeaway food. Wolt and Foodora were constantly hiring new employees. Soupster’s office was in Pasila next to Foodora’s office. There were constantly trotting recruits and eventually Foodora expanded its facilities and Soupster moved out of the way. They very visibly doing very well. So you had to think about how to get a part of that business. Soupster has a very strong brunch know-how in Helsinki, so they started to adapt this pick-up to suit the purpose. On Vappu 2020, about 20 people were packing thousands of brunch packages. It was solidarity. However, in the long run, the operation could not continue with this formula, it made no sense to keep 20 people packing boxes together and 10 people transporting them around the city. Things became clearer week by week and now the packaging and transport of brunches is well automated.

In addition, construction began on a new concept for a Cloud Kitchen. Cloud Kitchen by Soupster is a virtual restaurant where you can order a selection of foods by several different restaurants from one place. In practice, this concept has not existed in Finland before. The concept has started to work relatively well and its result is on the plus side. The intention would be to expand the restaurant selection and open new Cloud Kitchens. Heiniö believes that the concept came to stay and this is one of those products that will remain even after corona.

Catering is still very marginal. In October 2020, sales were 2% compared to the previous year. About 80-90% of Soupster’s catering sales have been B2B sales. Now, however, attempts have been made to place more emphasis on B2C sales. Efforts have been made to make the products flexible, fast and affordable. This has also kept at least some employees at work.

Investments have begun in online sales. While online sales in the restaurant industry are really low, it came to stay and keep growing bigger. Soupster has invested in this and also opened its own online store. However, Heiniö strongly believes that restaurants will return to almost normal, because the social aspect is “the thing” for many.

Soupster received a grant from Business Finland, which enabled the construction of new operating models. Solidarity between entrepreneurs has also been evident in the restaurant sector. Heiniö says that he talks with some HoReCa person every day. People shared their belongings and helped each other if they could. No attempt was made to compete for the small number of customers, but all together wanted to make the business run one way or another.

Some have accused politicians and the THL of being harsh on the restaurant industry. However, Heiniö’s opinion is that Finland has survived the coronavirus really well and the first priority is to save people’s lives, only then can we think about business.

One day, this pandemic will be overcome and Soupster has already started to think about what the future looks like after the corona. Many of the innovations generated by a pandemic are certainly kept in action. No one, on the other hand, knows what the world will look like after this. Lessons must also be learned from this pandemic to make it easier to cope with the next crisis. Heiniö says that he himself learned that you really have to stay calm and work together with the team. The most important thing of all, is that you, your family, and your friends are fine.