WHAT IS IT LIKE WORKING IN A COWORKING SPACE? 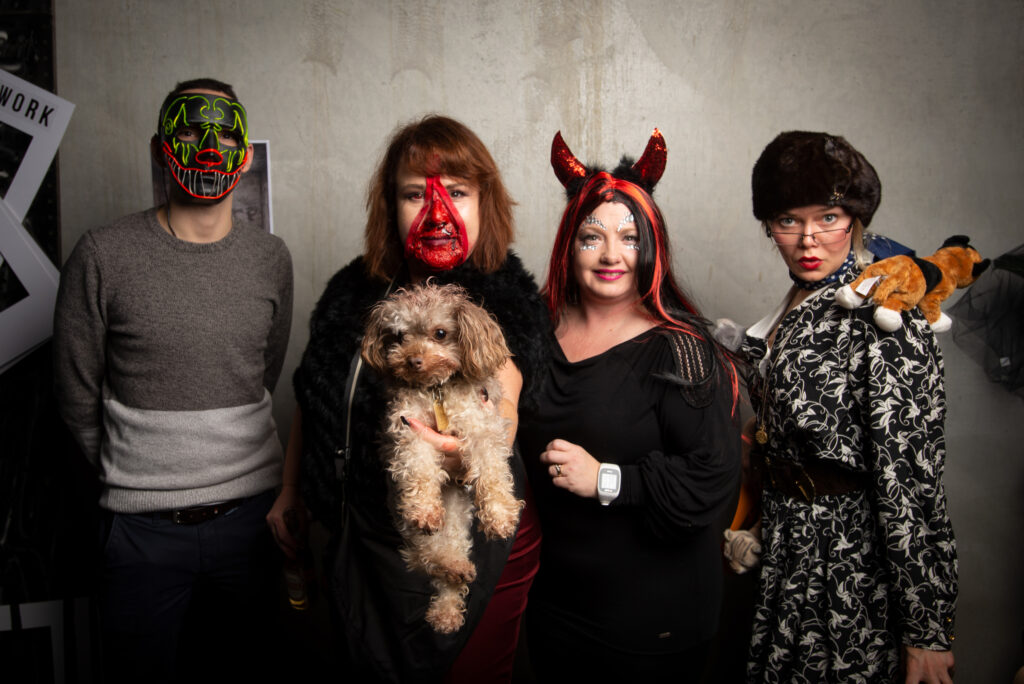 Suddenly I find that I have a work community, even though I do my own job as a writer.

The words Wonderland Helsinki jumped on my screen last spring

I knew vaguely what it was about. In London, Berlin and even Buenos Aires, I had come across coworking offices.  To street-level business premises and even entire office buildings, places were created where anyone working with a laptop can buy the right to be part of the work community – as a solo artist or part of a bigger orchestra.

A solo worker, self-employed, a small entrepreneur… or just a freelancer as it has been defined for decades. I was just that. Or am – even though more and more I have begun to want to be something else.

“Something else” means that even tough I do shredded work for different clients, mainly media houses and publishers, I want to surround other people around me. I want rhythm to my life, so I do not work at home and bounce around between temptations of entertainment and obligations. So I don’t stretch my mornings with a too long breakfast and watching the news. Or stretching my work days, so I’m still on my computer at midnight.

That’s why I was so interested in Wonderland Helsinki, so I called Kim, familiar from playing floorball, right after reading about Wonderland – even though I didn’t know what coworking really meant.

Coworking, which has apparently not found a very good word in Finnish, describes the communal workspace and the related services and collaborations.

No, coworking is not just an office hotel. It is not enough to have a chair and a piece of table in a big room, in a cool loft office, internet and the right to use a printer.

Kim told me this immediately during the summer. I nodded, even though I did not immediately internalize what he meant – for a free writer, a chair, a table and a web are enough, even the printer is rarely needed.

But I wanted a community too. Coworking spaces are made up of the people who work there.

“Wonderland work-eat-drink is a new coworking space designed for creative work,” reads on the website. Wonderland has wanted content creators in the broadest sense of the title. There are similar sole entrepreneurs, office of a few employees or more, and I understand some units of companies that have been transferable to work in Wonderland.

But it is the service providers and the entrepreneur’s role to get people working in the space to interact with each other.

How is that going to happen? That’s what I thought in advance.

I started to visit Wonderland as one of the firsts when you could still enjoy the hot summer weather at Vallila’s industrially gorgeous yard area.

The basics were in order right away: the chairs were nice; the table space was enough, and the Wi-Fi worked. You got your own locker for your things.

The Wonderland building is new, and you will notice it. Although the surfaces are left untreated in the industrial-romantic spirit of the area, sound insulation and air conditioning work. Sturenkatu’s car traffic is right around the corner but doesn’t bother you.

I have visited the location in varying pieces of work days. Of course, there were meetings elsewhere and in August I could still forget and stay writing in my garden.

In October it was no longer an option.

I have noticed that in Wonderland I get more done than working at home – it’s the goal that has been reached. Even though you might still get lost surfing in internet, the emptying or filling of the washing machine is not something you do instead of working in Wonderland.

My days have also started to have the rhythm I want. Although not thinking about work at the end of working hours is difficult, I have begun to have more and more free time.

What about those other people? Has the work community started to form?

HALLOWEEN PARTY a couple of weeks ago was a good indication that Wonderland’s workers’ grouping has not been left on occasional encounters.

At least I wander to the coffee machine (free, high-quality coffee – yum) from my changing according to my mood workplace so in my thoughts, that I greet people embarrassingly lazy – let alone that I would have been able to present myself to people.

So I came to Wonderland to be pampered. Outsourcing even taking care of social contacts.

It happens to be that the people of Wonderland – Nadia, Pepe and others – have fulfilled my silent wish. They have once a week (Mondays) organized a free breakfast where we eat more or less at the same table. There are Waffle Wednesday lectures, in which we see each other and listen to about a half-hour introduction to a topic, which potentially affects many of us – there have been subjects like “the website search engine optimization processes.

On Fridays, there has been program from handstand classes to drawing with charcoal – I haven’t had time to participate yet. Of course, there is still life outside of Wonderland.

At the Halloween Party, we Wonderland people got to know each other even better. The next day afternoon, I wandered around in Wonderland to get to know people. I knew that the guy who was writing at the table was able to sing an ode to wine. And the other was able to rap Missy Elliott’s Checkin` For You in karaoke while all of us were listening stunned and not rapping along.

At that person had a foil hat on as a costume!

And that one was dressed – as deserved for the prize – as Google Maps!

Our greetings now have a different dimension than before. We start to be a community.

Suddenly I find that I have a work community, even though I do my own job as a writer.

The author is a freelance writer who works in Wonderland, working as a journalist, non-fiction writer, scriptwriter and communications entrepreneur. He also publishes Anakonda.fi.