Menu
No products in the basket.
0,00 € Basket
Menu
Menu

TODAYS WORKING ENVIRONMENT – DO YOU KNOW YOUR RIGHTS? 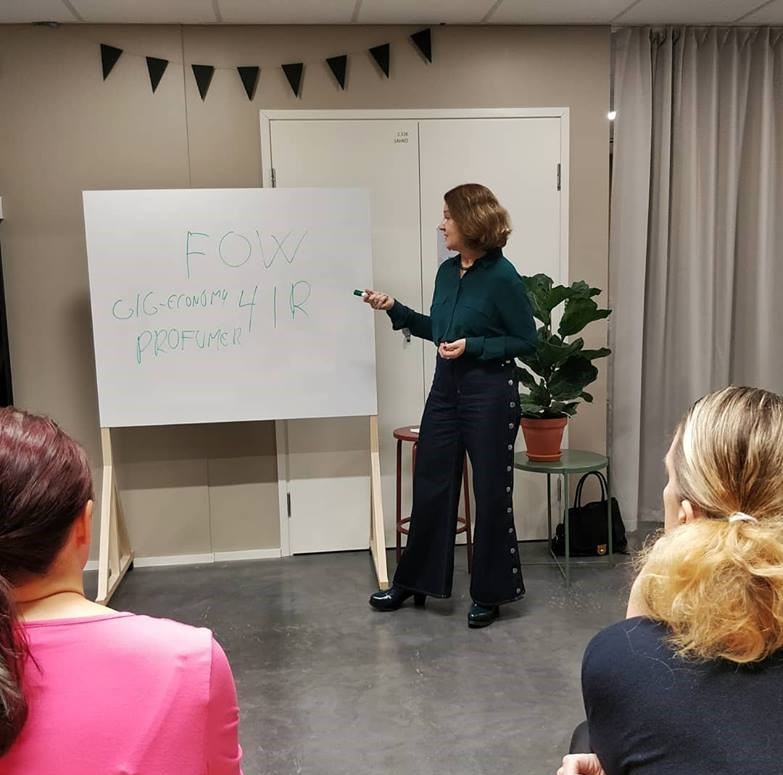 We live in the digital economy, the so-called Fourth Industrial Revolution (4IR). The development of technology and innovation is generally regarded as disruptive, meaning that innovations based on new technology are challenging traditional practices. It is becoming more and more common to take risks in working life and make quick decisions – we are moving ahead fast. When talking about disruption, working life has been one of the most publicly debated topics. How does digital development affect the way we work, what kind of new jobs are developing, and what jobs going to disappear? Is there enough work for people in the future? We are living in a time when the term ‘work’ itself is called into question.

The recession of the 1990s brought insecure employment with it. Essentially, this meant part-time or fixed-term contracts, often concluded by temporary employment companies. People started to employ themselves and they became so-called self-employed. Uniform features of these new ways to work were precarious income and a low level of job security.

The issue has become even more complicated with the Fourth Industrial Revolution. Since the early 2000s, the traditional division of labor and entrepreneurs has brought many new ways of work. Traditional employment refers to a full-time and permanent contract with a high level of employment and social security. Although traditional employment relationships are still common, technological innovations have contributed to accelerating the transition to new ways of working.

Although traditional ways of working remain the most common so far, the platform economy offers the biggest reason for the change. We are talking about phenomena such as “gig economy”, “crowdsourcing”, “platform work” and “sharing economy”. These ways of working include application-based local tasks (such as Uber) as well as audience-based tasks that provide wider global job opportunities (such as Amazon Mechanical Turk).

Do you know what is meant by ‘prosumer’? The term combines the consumer and the producer. The idea of the term is to describe the current use of social media or online services, in which the customer actually produces something to be classified as a work-consuming service. For example, when talking about Facebook, users can be thought to bring content to the service, which in turn builds revenue for the platform. As we use Facebook, we can be called “prosumer” for this reason. However, we do not get paid for this activity – or accumulate pension.

Why is the term “New Work” then so meaningful?

Digitalization and new ways of working have greatly affected companies and individual employees. At the government level, the Fourth Industrial Revolution has finally raised the question of how different activities should be financed in the future, especially when it comes to social security systems.

From a private person’s perspective, only a few years after the new ways of working were born, it has become clear that digitalization has a truly disruptive power. As a result of this change, people who have fallen into new ways of working have fallen into a weaker financial situation and worse working conditions, not to mention social security or health services. This is because the new ways of working do not fit into the traditional mold. The boundary between traditional work and entrepreneurship is blurred. A good example of this is given by Uber, who, as a company, took the line to act only as an intermediary between drivers and their customers. Following the ruling of the European Court of Justice (C-434/15), we are not wiser on the topic of the position of drivers. The Court merely considered that the Uber service should be classified as a transport service. So, it is still up to the EU countries to decide whether drivers are officially classified as employees or entrepreneurs.

It is significant that social security systems, including social insurance, are linked to governments. There is no global system for social security, even though in many cases the work generated by digitalization is transnational. It may be that the work organizer, employee and customer are located in different countries. In this case, who is responsible for organizing employee security?

Within the framework of the law, one must remember that the right to social security is perceived as a fundamental right. Both employees and the self-employed are entitled to security according to many international human rights treaties and declarations. In principle, this requires that the governments covered by these conventions should take these provisions into account when designing their social security systems.

According to some people, social security should be completely removed from work. We should find new ways to finance these systems. Maybe we could tax robots and other technology? Or maybe we need more innovative ways to tax corporate income? Finding a sustainable financial tool for social security will not be easy in the future. It is even more difficult to bring the discussion to a global level. Given the current international economic policy situation, it is unrealistic for governments to be willing to increase regulations to protect workers from other countries.

Despite the generally discouraging trend in the world, fortunately the EU has taken steps in the right direction. The European Commission published The European Pillar of Social Rights in 2017. It is a good start, but only a declaration of good intentions without legally binding decision-making. The Commission has also taken the initiative to improve the future of social security for self-employed and short-term workers.

In Finland, in turn, the basic income experiment is coming to an end and we expect KELA to publish the results of the experiment in spring 2019. The Ministry of Social Affairs and Health is in the process of renewing the Entrepreneurs’ Pension Act (YEL). It is also interesting to see what the fate of the law on housing-based social security presented by Parliament to Parliament this autumn is. Indeed, the requirements of the new law for foreign workers are considerably lower than before. So, we are looking forward to the news about future work!